Win-Win is the outcome sought after in most conflict resolution strategies, but often we resort to compromise.
Compromise is where everyone gives up something, not really the win-win we are seeking.
What we really want is creative synthesis. Creative synthesis is where everyone’s abilities, values, expertise are validated and respected. Each persons wishes, wants, needs, and positions are clear. Each person can support their own and the other’s position. Through the use of collective energy, solutions are developed so that both parties get what they want.
Now that is what I call Win-Win!
” Feedback, when given well, should not alienate the receiver of the feedback,
but should motivate him/her to perform better.”
Unknown

1. Give it only when solicited.

Or at least ask if they want feedback first!

2. Describe do not evaluate.

3. Be specific not general.

4. Take into account your needs and those of the receiver.

Or it will fall on deaf ears.

5. Direct it toward behavior which the receiver can change.

Otherwise what is the point!

In the midst of an emotional crisis feedback is never well received.

7. Have the receiver mirror it back.

“People love to talk but hate to listen. Listening is not merely not talking, though even that is beyond most of our powers; it means taking a vigorous, human interest in what is being told us. You can listen like a blank wall or like a splendid auditorium where every sound comes back fuller and richer.”  A.D. Miller

The perfect listener concentrates, stays present and opens all her senses and engages in the collection of outside information.

The perfect listener has a blank mind without filters, judgments or biases.

The perfect listener hears what is and isn’t said.

The perfect listener understands that the speaker is always right in her world.

The perfect listener is curious.

The perfect listener learns from everyone, including herself.

“A genius knows how to make himself easily understood without being obvious about it.”
J. Anouilh

Chances are you will be understood! 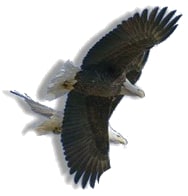 Really, you want a relationship? Why?

Misery… it will make you happy.

Illness… it will cure you.

Broken… it will fix you.

Suppose to … it will make you fit in.

Boredom… it will create excitement for you.

Loneliness… it will be company.

Fulfillment… it will fill you up.

Lack purpose… it will give you a reason to be.

Distraction… relief from living your life.

Newsflash! Relationships will not help any of the above. In fact given time they will only magnify these issues for you!

People mistake having a relationship for having a better life. Relationships are a dime a dozen. Just go on line, join a dating  service, and you can meet all kinds of people trying to use relationships to fix their lives.

A great relationship takes a great deal more than finding a relationship. To have a better life you have to…

What are you really searching for…? 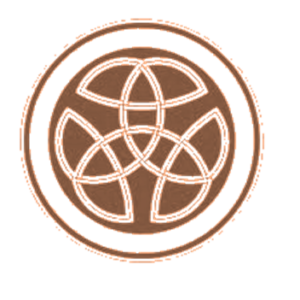 Authentic.
Say what you mean.
Do what you say.
Word and deed align.

Foundation of relationships.
Necessity of self-respect.
Basis of self-esteem.

How is your integrity holding up?

This is written by Michael Oliver. It coincides with my professional and personal experiences. I have been on both the receiving and giving end of effective and non-effective communication connections with people. Michael’s insights are well stated and worth passing on…

If you allow your own ego, beliefs and life’s experiences interpret or assume what another person is saying, without finding out first what they are meaning – you’ll likely lose their attention and trust!
Why? Because unless you are right on the mark, your assumption causes a break in the rapport and flow of the conversation or dialogue. It’s no different than treating people’s comments, questions and concerns as being objections to be overcome. It tells the other person that you’re not really listening and nor do you really care to understand.

For example. Have you ever said something like this in response to what someone has previously said;

That must have been awful for you

What if it was not THAT awful for them! Or not awful at all? Maybe what they were saying sounded awful! Maybe there was a positive outcome, which you didn’t hear because you didn’t give them time to talk about it – or even ask!”

Instead you could have asked; And how was that for you?

Now you would have heard their history without it being interrupted by yours!

How about…; I know how you feel!

Really? Do you? People’s real feelings are very unique to them. It’s also almost impossible to know how someone really feels unless you really dig deep,
Instead, find out more and ask a question; “So how did you feel about that?”

Or… If I were in your situation, I would be frustrated as well

Do you think the other person really cares if you would be frustrated as well! The story is about them not you!

Instead you could ask; So tell me more about that?

Detach from your need to use these gratuitous remarks and tell people what you think. This is especially important if you are in a conversation with them, when it’s critical to establish and maintain rapport.

The transition from the Child Self to the Adult Self requires discipline no matter your age… The good news is that discipline eventually turns into habits that produce a life that is lived with integrity, dignity, elegance, passion, and deep contentment.

The road to your Adult Self is a constant growth process. In the early part of the journey the learning curve is steep and the journey is very difficult and painful. Yet with time you learn that this process is normal that you will survive it, and in fact come to welcome the lessons that you learn. Even when you hurt you know it will be okay. You stop worrying about being hurt and embrace the possibilities knowing that to not risk is far worse then risking and being hurt.

So today embrace what comes your way with the excitement of all the possibilities!

Personally, I think being “right” is overrated. I mean what is “right’ anyway? “Right” is a concept. “Right” is where your perception lies. Depending on where you stand that perspective looks different. Perspective is forged from life experience. Life experience is the tapestry of all that you encountered, conquered, learned, and loved in your life. The lessons you have chosen to take with you. Therefore, perspective is always changing,  your understanding of what is “right” is evolving over time. If your ego strength is in tact you can both validate the other person’s perspective while acknowledging your own. For example, “I can see from your experience why you think that is true,” or “I can agree to disagree with you.” The reality is not everyone has to agree with you for you to be okay. In fact, the more okay you can be without other people having to agree with you the easier life will get. So, the next time you feel the need to be “right” ask yourself “Why do I have to be right?” Take 20 minutes to free write about it and see what insights emerge for you. Get in touch and let me know what you found out about yourself!

Any time we make a change in our lives, others in our human herd will either encourage us, or discourage us in making progress in our personal growth and life goals. If they have a specific limiting belief about us they will continue to try to pull us back into that specific false belief [I am not …(you fill in the blank)] about ourselves. if You Have People in your life like this GET RID of THEM… or at the very least MINIMIZE your TIME with THEM. Instead surround yourself with people that support your growth and change, people that challenge you to move out of your comfort zone and reach your potential. When you enter into any relationship it should be to give AND you will notice that if you are in healthy relationships you will also receive because they are also in it to give not to receive. Wow! What an awesome concept…Both people giving not out of need or necessity but because they desire to serve each other. Now that is where real love and growth begin.